FROM LIFE ON THE STREET TO REACHING A DREAM – MELVIN’s STORY OF HOPE:

Melvin (aka Adrian) came from a dysfunctional home where both his parents were alcoholics. His father worked away from home on farms. The children were mostly left to fend for themselves through begging for food, sniffing glue when given money and at times living on the street.

Melvin was admitted at Vuyani Safe Haven during 2007, with years of lost schooling.

Melvin stood out among the other children in being very neat on himself and in the careful way he handled money. He would supplement his pocket money by washing the vehicles of the staff, always doing a sterling job.  Melvin faithfully saved his money, unlike other children who spent their pocket money immediately.  After a few months he could buy new clothes or shoes of his liking and meticulously care for these items. He even washed it by hand, instead of handing it in with the normal washing.

Melvin loved the arts classes, drumming, gumboots activities and having fun times with his friends at Vuyani. He advocated for the wellbeing of his younger siblings, until they were all in a suitable position of care. Melvin attended school faithfully, although older than most of his classmates.

Melvin was part of Vuyani’s soccer team taking part in the soccer tournament at Samara Private Game Reserve during the Soccer World Cup of July 2010. The Vuyani team received the award for having the best spirit! It was a great day and held by the children as their World Cup memory.

This day was the start of a joint venture between Samara and Vuyani through their volunteer program. 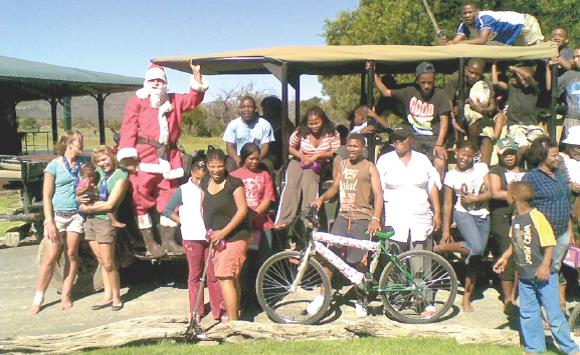 Melvin (aka Adrian) enjoyed two Christmas parties hosted at Samara, complete with a Father Christmas, presents, party food and games. During regular visits to Samara he loved learning about nature from the volunteer group leaders and the guys from the Tracker Academy.

Melvin was placed at the Khayalethu Youth Centre for boys in Port Elizabeth in 2013 to assist him with skills for Independent Living.  We followed his progress where he made good use of the various opportunities offered at the centre. He did very well at karate and represented South Africa in June 2015 at the JKA Karate World Championships in the Netherlands!

The following comes from his letter of recommendation on leaving Khayalethu at the age of 21:

Melvin is an upright young man and has demonstrated inner strength and leadership qualities. He is neat and takes good care of himself and his possessions.

On returning to Graaff-Reinet, Melvin applied for a job at Samara Private Game Reserve.

For Melvin, starting his first job on a game reserve, it was a big change and a sharp learning curve. Long working hours out in the sun or cold all day is not easy. However, Melvin is made of stern stuff and he stepped up to the plate every time. Today Melvin is a respected member of the game reserve staff having learnt all about electric fencing to keep the wild animals on Samara contained. Melvin has also gained experience on solar pumps and as of the beginning of this year has taken over the responsibility of running our small butchery on the reserve coming up with some good ideas to improve the butchery operation.

Vuyani celebrates every accomplishment of a child who leaves the safety of our home to venture out as an independent adult.  We are proud of the young man Melvin has become and our prayers go with him on the rest of his journey.

We thank each and every one who contributed in realising Melvin’s dream, especially Samara Private Game Reserve who brought hope and joy through their involvement with Vuyani.

Please go to https://vuyanisafehaven.co.za/become-involved/donations/ to assist more Vuyani children to reach their dreams! 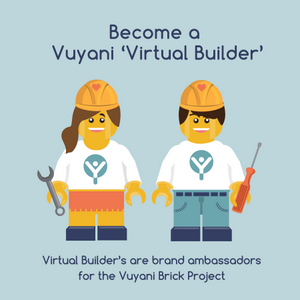